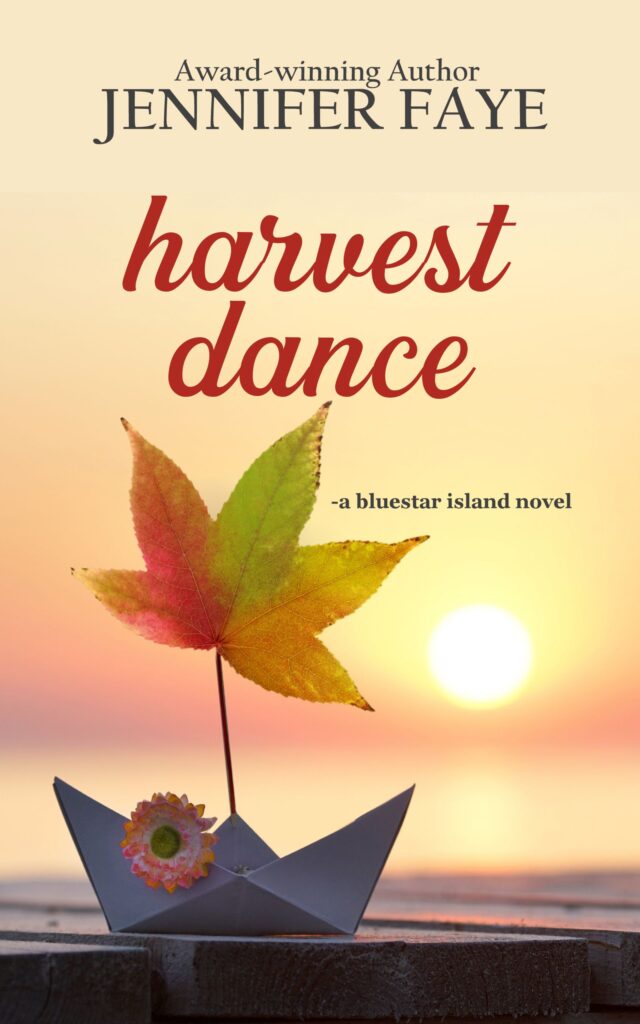 A single dad, who’s in over his head, and an event planner running from her past, are drawn together on charming Bluestar Island by a determined six-year-old and her escape-artist goat. 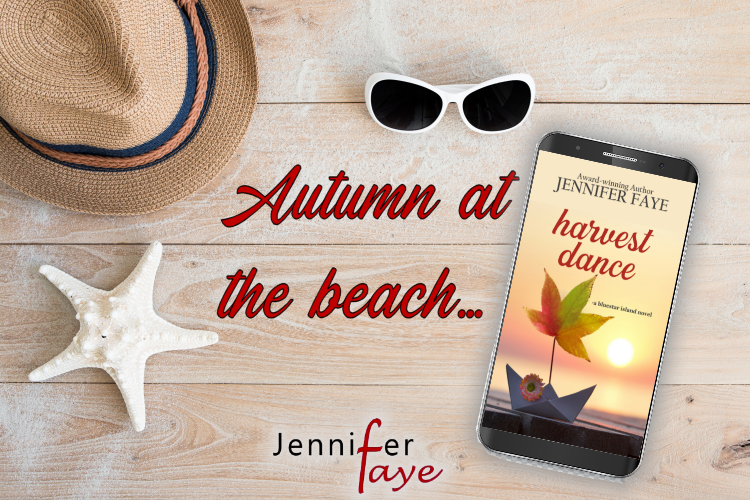 “Oh my! There’s nothing like a small-town, heart-warming single dad story! I’ve never visited the New England area, but I feel like I have!”
~ Cover Lover Book Review

“I thoroughly enjoyed this story, and I wasn’t disappointed with anything. It makes me want to move to Bluestar Island and join the townspeople at the next function of which Aster is in charge.”
~ Baroness’ Book Trove

The sun shone bright in the cloudless sky.

The birds sang out their sweet tune.

Charlotte “Aster” Smith couldn’t believe this was her first visit to Bluestar Island. Okay, maybe it wasn’t exactly a visit. Perhaps it was more like an extended stay. For how long? Well, that she wasn’t sure about. There were just too many variables at this point to make such a determination.

But while she was on the small New England island, settled just off the Massachusetts shoreline, she intended to soak up every bit of sea breeze and summer’s lingering rays. It was almost Labor Day weekend—the official end to the tourist season on Bluestar Island. She wondered what the island would be like once all of the tourists returned to their lives on the mainland. Something told her it would be even more magical.

Within a week of being on Bluestar, she had not only a roof over her head but also a part-time job and invitations to visit people and places. She honestly hadn’t had a moment to sit still. There was always something going on—including evening strolls on the beach.

Now that her cuts, bruises, and fractures had healed, she was starting her life over. Everything was different, including wearing heavy makeup to cover the angry red scar trailing down her jaw. Not even her name was the same. Not exactly. In an effort to hide from Oz, she now went by her middle name, Aster. It was one of the many things about herself that she’d never shared with him.

And what did she want this new life to look like? She wasn’t quite sure. She pondered the idea as she climbed into a golf cart and proceeded to make her way down Main Street.

Thanks to her college friend, Darla Evans, she had a roof over her head. And Darla’s cousin happened to be the new mayor of Bluestar. Based on her prior experience, Mayor Banks had given her a job as his temporary assistant. It didn’t pay much but she got by on it. And if she did a good job—no, an impressive job—she might gain a permanent position at city hall.

Still, she knew her future on the island, as idyllic as it was, was iffy at best. If her past caught up with her, it’d be all over. She’d once again have to move on and start over.

Aster shoved aside the disturbing thoughts. She centered her attention on the here and now. Today was her first day on the job, and she desperately wanted to make a good impression.

She navigated the mayor’s blue golf cart slowly down Main Street. The wide roadway was lined on either side by green trees and black lamp posts. People smiled and waved at her. She returned the gesture, even though she couldn’t remember all their names. If she stayed on the island long enough, she promised herself she’d learn all of their names sooner rather than later.

She came to a stop as people crossed the street. Most people were dressed in shorts and colorful T-shirts along with sunglasses and flip-flops. Tourists. It was as evident as if they’d had the word tattooed on their foreheads. She wondered if the locals thought the same of her.

The light ocean breeze rushed past her. She automatically moved her hand to her hair to smooth it, but her fingers touched her pixie cut. Her long brown curls were gone. They’d been replaced by bleach-blond locks cut short and bangs—something she’d never had before. The hairstyle had been a shock at first, but its easy management was growing on her.

She pressed the brake as another crowd of ten or so people walked into the street without bothering to check for traffic. But then again, Bluestar outlawed cars and trucks, unless they had a special day pass. Transportation on the island was either shoe-leather-express, bicycles, or golf carts.

She progressed farther down the street and finally arrived at her destination, the Hamming It Up Deli. The only problem was there weren’t any available parking spots. She glanced up and down the block. Nope. Not a single available parking place anywhere.

She immediately spotted the problem. People were lined up out the door at the Elegant Bakery. She definitely had to make a visit there. But not today.

Not wanting to be late, she double-parked. It wasn’t like she was going to be in the deli long. The order had already been placed and charged to the mayor’s business account. All she had to do was pick up the food.

Birds in the trees lining the street sang out a sweet melody as she rushed by and pulled open one of the two white doors with long oval windows. She stepped inside the deli, but she didn’t get much more than a couple of steps before she came to a halt. The deli was packed. Inwardly, she groaned.

How was she supposed to make a good impression on the mayor and the city council when she wasn’t even timely? Lucky for her, the line moved at a decent pace.

In the meantime, she glanced around at the unusual décor. The floor was a gray slate, while the walls looked to be covered in reclaimed lumber with a collection of old black-and-white photos on display. Some were shots of the deli at its grand opening many years ago. Others were of people, presumably the prior owners and employees. It was a visual history of the deli.

On each side of the wide center aisle were tables for the patrons to enjoy their meals. Brightly lit display cases and white counters lined the back of the deli with three checkouts. It was a really cute setup. No wonder they were so busy.

Finally armed with a wide cardboard box of sandwiches, salads, and pickles, she headed out the door.

Her gaze zeroed in on a man in a green golf cart. From beneath a ball cap, his face creased with frown lines as he gazed around for the person who had his golf cart hemmed in.

As he lifted his hand to press on the horn again, she called out, “Okay. I’m coming.”

His blue gaze turned to her. He didn’t smile. “You can’t double-park here.”

“Just get it moved. And don’t do it again.” He continued to frown as he looked away from her.

“I won’t.” This was not the way she wanted to start her time here in Bluestar. She’d made a mistake. She’d apologized. Maybe she should take a different approach. “Can I offer you a ham sandwich?”

He glanced at her. Surprise reflected in his eyes. “Are you serious?”

“Of course.” She’d just run back inside and get another one.

He shook his head, but she couldn’t tell if he was refusing her offer or shaking his head over her attempt at a peace offering. She shrugged it off.

She walked to her golf cart and secured the box in the backseat, which was easier said than done. She paused. How was she going to keep the box from tipping over?

She could feel the man’s stare upon the back of her head. With the food at last secured behind the seat, she climbed into the driver’s seat and attempted to start the cart. Nothing happened.

She turned the little key again. Nothing.

“Is there a problem?” the grumpy man asked.

Heat bloomed in her cheeks. This just couldn’t be happening. She turned the key once more. Nothing. She needed to make a good impression, and instead, she was about to do just the opposite.

“Do you need some help?” His voice came from so much closer to her.

She lifted her head and found he was standing next to her. She tilted her chin higher and higher until her gaze met his. “It won’t start.”

Suspicion reflected in his eyes. “Whose cart is it? And do they know you have it?”

“You think I stole it?” The thought horrified her.

“I didn’t steal anything. I have permission to use it.” She was nervously rattling on. The last thing she needed was to deal with the sheriff. “It belongs to the mayor. Call him if you want.”

That much was true enough. She moved from the seat, but in her rush, she tripped. The man reached out to her, grabbing her upper arms. In that moment, time seemed to stand still. She stared into his eyes—his blue eyes. They were the shade of the sky on a sunny, cloudless day. And she felt as though she were getting swept away in his stare.

In his eyes she saw pain—a deep pain—the kind you didn’t talk about. She noticed the same thing about herself when she looked in the mirror. Sympathy welled up within her. She didn’t know what he’d been through, but having been through her own trauma, she understood this stranger a little better.

The sound of approaching voices broke the time continuum, and suddenly everything sped up. The rush of it all swept the air from her lungs. Had that really happened? Or had she imagined it all?