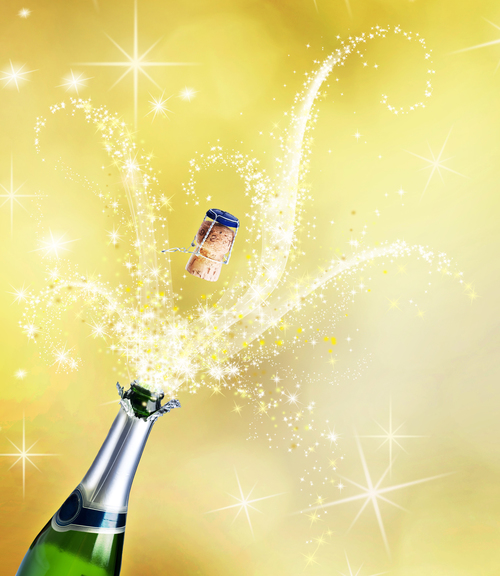 My Long and Twisty CALL STORY

I knew I would be a writer since I was a little kid and asked Santa for a typewriter…yes, I said typewriter.  I was tickled pink when I got it. I immediately started to write my book of poetry that went something like Roses are red…Violets are blue…

It wasn’t until I was a teenager that I got my hands on my very first Harlequin. From then on I couldn’t get enough of them. I was in love. I knew then that when I grew up I wanted to be a Harlequin author.

Fast forward to 2007 when my husband and I decided that if I was going to follow my writing dreams, I should go for it. So I traded in my position as a statistician where I played with numbers, formulas and spreadsheets all day for an opportunity to let my imagination run free.

I started off entering contests…lots of RWA contests that had a Harlequin editor as final judge. I learned so much from that experience and I thank each and every one of you who volunteer your time to judge those contests.

WARNING: this is a very long entangled call story…you’ve been warned (I never do things the easy way)

It truly starts back in 2010 with the New Voices Contest. I entered but didn’t final. However, I won an editor critique. I was thrilled. They liked a lot of what I had in my submission but they suggested some changes. Well, instead of really listening to what the editor was telling me, I totally rewrote the opening and sub’d. BIG mistake! It promptly got an ‘R’ and rightly so. The new opening didn’t work. But I just couldn’t let go of that story. It was the story of my heart.

For the moment, I sat my NV story aside and worked on a new story. When it was ready I sub’d it in July 2011. It landed on my editor’s desk. Time ticked away and I didn’t hear anything. The second SYTYCW Contest launched that November. Knowing my NV’s story had merit but needed fixing, I pulled it out. I went back to my original opening and set to work, once again tweaking and polishing. So I sub’d my 2011 SYTYCW full ms in the middle of December. I was nervous. No editor had ever read the whole ms. And I settled in for the wait.

My wait was short. In January, I rec’d a full request via my slush submission from July. This story was quite different from the SYTYCW ms. I purposely decided to make my slush ms a light story. I wanted to know which style the editors wanted from me. I took four weeks to tweak and polish my full request and sub it. When I didn’t win the 2011 SYTYCW contest and the period for notifying the five finalists passed, I was certain that I’d made the right choice to use a lighter voice in my other ms.

A few weeks later, at the end of March, I got an email that my ms “His Christmas Angel” had been one of the final five in the 2011 SYTYCW and they would like to continue to work with me. *cue happy dancing* The editor said she’d be getting back to me on “His Christmas Angel” and my other slush ms. *cue big excited nerves*

In the meantime, it was announced that Harlequin Romance was conducting a Fast Track. It was another chance to get my foot in the door. But already having two full ms’s under consideration, I checked with the editor. She told me to go ahead and enter. *cue surprised look on my face*

I had NOTHING to enter. I wanted something good. Something that would impress them. So I set to work. I thought up THREE totally different, new story ideas and wrote chapter ones. I passed it around to a couple of trusted people. It was unanimous—the sexy cowboy won! LOL.

At the same time, the editor’s email came regarding my two full ms’s. Now remember that I had gone in two totally different directions with these two stories…”His Christmas Angel” was deeply emotional and the other slush ms was much lighter on the conflict. Not at all alike. Sooo….they R’d the slush ms. “His Christmas Angel” though had promise. And I had revisions.

I was over the moon that the story of my heart had touched the editor. I finished my revisions on “His Christmas Angel” ahead of deadline. I LOVED the changes. It really strengthened the story. So I sent it off.

There was no time for rest. I still had my Harlequin Romance Fast Track ms to finish. I set to work. In a couple of weeks, the partial was requested. Yikes! *cue writing faster* Sent off partial and told the editor the ms wasn’t complete but I was working on it. *cue lots of sweating over the computer*

Four weeks later, the request for the full of my Fast Track story came in. All I have to say is it’s a good thing I write well under pressure. LOL. Two and half week laters I sent off the full. BTW, it’s now the middle of July.

Two weeks later revisions for the Fast Track ms showed up with a very short deadline. Thankfully the revisions weren’t too intense. Again I was able to meet the deadline.

So it’s the middle of August and I have two revised full’s with Harlequin Romance. *cue nerves* LOL. I wanted to have another full ms ready to submit in case both got R’d. *cue lack of confidence* I spent a couple of weeks cleaning, polishing and tightening another cowboy story. I set it aside to work on a new WIP.

When I was informed by the editor I’d been working with all year that they were encouraging everyone, including those with something under consideration, to enter 2012 SYTYCW, I was surprised. But I had a ms ready to go. So I entered.

This past Monday I was informed that I’d finalled for a second year in a row in SYTYCW. I sub’d my contest entry for the next round of judging on Wednesday. Once I hit the ‘send’ button, I began to relax. I mean the next round was all done by the editors so there was nothing for me to do…but write something new.

The very next morning, Thursday, I get an email from the editor. She wants to know if it’d be a good time to call. Oh my goodness!!! *cue fluttering heart* What could this mean? Was it the call? *cue denial* Did she want to talk about all of my submissions and how we would proceed? That must be it. Because I never heard of an editor calling to say that someone was a terrible writer and they should find a different profession. At least I was hoping she wouldn’t say that. LOL. Okay so I was a little nervous and having the craziest thoughts. Then I realized I hadn’t emailed her back. *cue rapid keystrokes*

I couldn’t sit still. I couldn’t concentrate. I started cleaning my house at a furious pace. I had to keep moving, burning up nervous energy. Could this be the call? No, you’re crazy. But maybe. Nah…you’re dreaming. Yep, those were my thoughts. LOL.

On Thursday, October 18th @ 8:30a.m. EST my phone rang and my palms grew moist. I answered and all I could hear was static. Heavy static. Then like someone was shouting over the ocean I heard the faintest British accent. She got out enough for me to understand she’d try calling back.

*cue next phone ring / pounding heart* This time the line was clear and she wanted to buy my Fast Track submission. SQUEE!!!!!!

I was a nervous wreck through the conversation. But my editor promised to type up what we’d discussed and send it over. The thing was, in order to accept the contract, I had to withdraw from SYTYCW. So I had to tuck this all under my hat until the powers that be with the contest were notified. Talk about sitting on the BIGGEST secret. LOL.

I was so thrilled this morning when "my editor" (doesn't that have the nicest ring?) announced on Twitter and I was able to share with all of my friends. And that is my very long story. Aren’t you sorry you asked.

BTW, my 2011 SYTYCW story went on to accepted and was published as SNOWBOUND WITH THE SOLDIER.