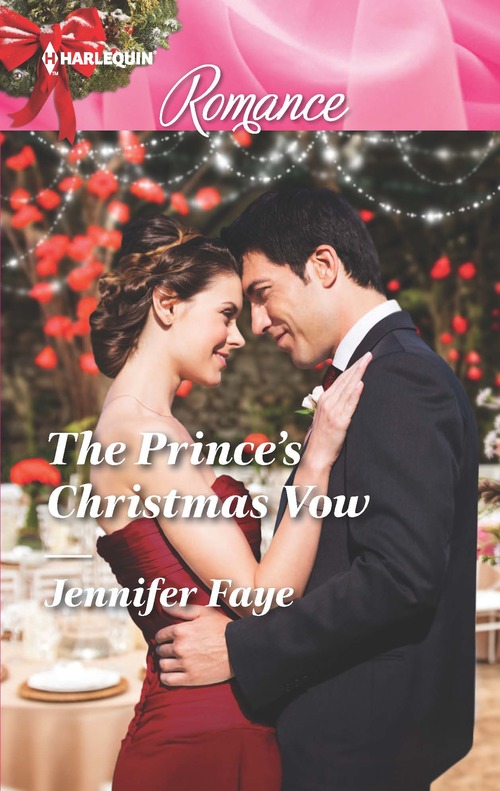 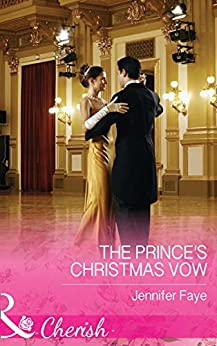 A royal kiss under the mistletoe…

Prince Alexandro Castanovo arrives in snowy New York intent on protecting his royal family from scandal. And when Reese Harding—down-to-earth and heart-stoppingly beautiful—finds room for him at her inn, it seems like the perfect twist of fate.

Not long ago Reese’s world came crumbling down, shaking her foundations. But this enigmatic stranger intrigues her! She’s learned to be wary of secrets…but when she discovers Alex’s true identity, might there be enough magic in the air to make this regular American girl a princess by Christmas…? 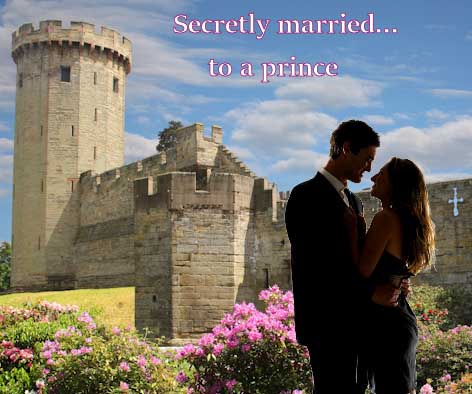 “This book should come with a warning, tissues needed! Ms. Faye has given her readers an amazing tearjerker with this novel. Her characters are relatable and so well developed. The descriptions were so life like and real it made everything come to life right off of the page.” Harlequin Junkie

“With a magnificent setting, I fell under the spell of Demetrius and Zoe, and found myself willing them on to find a way to be together. THE PRINCE’S CHRISTMAS VOW by Jennifer Faye is a modern day fairytale that tugged on my heartstrings…” Fresh Fiction

“The Prince’s Christmas Vow is an endearing, well told romance filled with heart and warmth. I like the premise – that they were so impetuous and passionate that they rushed to get married and then it went kablooey. Add in a little passage of time and maturity and they meet again; will the fires of passion flame out of control again? That’s a fascinating theme to explore and I really like what Ms. Faye did with the plot.” Long and Short Reviews

“I enjoyed watching them on this journey and the couple twists and turns only enhanced the ride. All in all, if you’re looking for an enjoyable romance with a Christmas setting, this might be the one for you. It’s the second in a duo, but it does stand alone quite well.” ROMANCING THE BOOK BLOG

The plan was in motion.

Though suddenly, it didn’t sound like such a good idea.

Demetrius Castanavo, the Crown Prince of the Mirraccino Islands, shrugged off the worrisome feeling as he stepped out of the air-conditioned black limousine. Nothing was going to go wrong. He glanced at the clear blue sky, appreciating this last bit of good weather before it cooled down in the weeks leading up to Christmas.

Demetrius buttoned his charcoal-gray suit jacket, gave each sleeve a tug and then straightened his shoulders. Today he must look his best. It was imperative.

He blinked, regaining his focus. The media coverage had begun. He restrained a sigh. Instead he lifted his chin and forced his lips into a well-practiced smile.

Demetrius, the royal playboy, was no more. His days of nonchalance and bucking the system were over. Now he was intent on becoming a proper and worthy heir to the Mirraccino throne. It was, after all, his birthright—whether he desired it or not.

And now he was about to participate in a very important interview that would help shape his new, improved public image—one he hoped would sway the residents of the Mirraccino nation to support his inevitable rise to the throne.

His gaze settled on an impressive set of steps that led to a historic mansion. At the top was an expansive landing with large, white columns amid the backdrop of blue shuttered windows. The place was a timeless beauty. He was glad they were going to save this building by revitalizing it.

There was just one snag in his well-thought-out plan—Zoe.

But that situation would be resolved soon—very soon.

The head of his security detail leaned in close and whispered, “The reporter is waiting for you on the landing, Your Royal Highness.”

Demetrius shoved the disturbing thoughts of his estranged wife to the back of his mind. He’d deal with her tomorrow. “Good. As soon as I meet with him, we have to get moving if we’re going to stay on schedule today.”

“Sì. I remember now.” Demetrius needed to keep his head in this game instead of wondering how Zoe would react when she saw him again.

Demetrius swiftly climbed the steps that fanned out, covering a large area while adding to the building’s charm. He’d definitely made the right decision by insisting the all-access ramp be constructed on the side of the building, readily accessible yet not losing the building’s aesthetic appeal.

Off to the far side of the landing stood a short, slender brunette. Her makeup was a bit heavy for his tastes, but he reasoned that it must have something to do with spending so much time in front of the television cameras. Interviews were one of his least favorite tasks, but at times they were a necessity—like now.

When his advisors had unanimously agreed this was the best way for him to overhaul his scandalous youthful past, they had also assured him that agreeing to the one-on-one interview would be the best way to give the citizens access to him— to let them know that he was serious about being a caring, involved ruler. Though he’d rather keep his distance from the paparazzi, Demetrius had to admit that in this one particular instance, they may in fact come in handy—quite handy indeed.

He reached the landing and turned to the reporter. Greetings were quick and formal. Demetrius had every intention of keeping things moving along at a brisk pace. He knew the more time he spent with the media, the more they’d learn. And in his experience, that was never a good thing. He wanted to control the flow of information, not the other way around.

Ms. Carla Russo, the face of Mirraccino’s entertainment news, held a microphone. “Before we begin, I wondered if you might have an announcement for our viewers.”

“Oh, good. We’ve been hearing all sorts of rumors, and the viewers would really like confirmation that you’ve decided upon a princess.”

The cameraman moved closer. Demetrius’s throat constricted. They knew about Zoe? No. Impossible. The reporter was on a hunting expedition. Pure and simple. Anything for a sensational headline. Well, he wasn’t about to give her anything to chase. Nothing at all.

With practiced skill, Demetrius forced his lips into a smile. “I can assure you there is no princess in my near future.”

“That’s not what we’ve heard. There are rumors floating about that someone special has caught your attention. Could you share her name with us?”

Maybe the reporter did know something about Zoe, after all. Though the palace employees had all signed confidentiality agreements, there could still be a leak. A delivery person? A guest? There was always room for someone who’d slipped through the cracks. But obviously, whatever this woman knew wasn’t much or she’d be throwing out names and facts.

He couldn’t lose control of this interview. It wasn’t just the building that was about to get a fresh lease on life. If his plan succeeded, their futures would both have makeovers. After all, he’d been putting off getting on with his royal duties long enough now. He’d grown. He’d learned. And now he was becoming the man he should have been all along.

With his twin brother, Alexandro, now married and spending a lot of time abroad in his wife’s homeland, more responsibilities had befallen the king. But the king was not in the best of health. The physicians kept warning him to slow down. And that’s why Demetrius’s plan just had to work. He didn’t want his father to have a heart attack or worse.

The first part of his plan included gaining the public’s trust. The second part was a bit more delicate—getting his estranged wife to quietly sign the annulment papers. The question that needed answering was why had she ignored the papers for months now?

By the time the revitalization project had finally gotten off the ground, so had Zoe’s career as an interior designer. She’d worked on some of the most notable buildings here in Bellacitta, the capital of Mirraccino. With the public enthralled with her work, he knew he needed to hire her. His advisors, knowing his history with Zoe, said he was foolish. But Demetrius insisted he had reasons for this unorthodox approach.

His first reason was that she had a flare with colors and arrangements—a way to make people sit up and take notice without it being over-thetop. And the second reason was to be able to get close to her without arousing the press’s suspicions. With her close at hand, he’d be able to work the answers out of her that he needed to put his short-lived marriage to a very quiet end.

Demetrius struggled to maintain his calm and easy demeanor. “Today, I’d like to focus on Mirraccino and in particular the South Shore redevelopment. It’s very important to me and to the king. It promises to bring new homes and businesses to the area as well as create new job opportunities for the local residents.”

“So the rumors of a new princess are false?”

Drawing on a lifetime of experience of dealing with the media, he spoke in a calm, measured tone. “You will be my first call when I have a marriage announcement. But I believe right now the viewers would like to hear more about the project.”

The reporter’s brows rose and her eyes filled with unspoken questions, but he met her gaze head-on. If she dared to continue this line of questioning into his personal life, he’d wrap up this interview immediately. It wasn’t as if she was the only reporter on the island, though she did host the nation’s most popular entertainment show.

Color infused her cheeks as she at last glanced at the camera. “The South Shore project is going to benefit quite a number of people. How exactly did you come up with the idea to revitalize this area?”

“This endeavor is something that has been of interest to the crown for some time now. However, it wasn’t until recently that we were able to gain the last of the property deeds in order to push ahead with the plans.”

The loud rumble of an engine caught his attention. He sought out the source of the noise. It was a taxi that had pulled to the curb near his limo. A tall, willowy brunette emerged from the blue-and-white taxi. She turned and leaned in the passenger window as she handed over the cab fare. If Demetrius didn’t know better, he’d swear that was his wife. But he refused to let his imagination get the best of him and upend this interview.