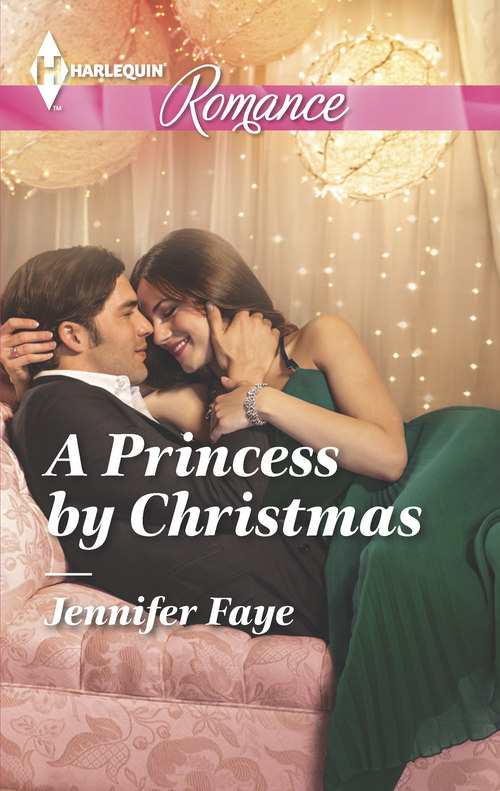 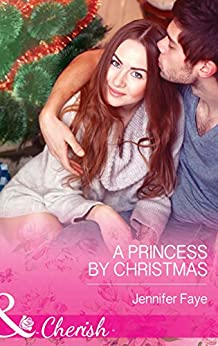 A Princess by Christmas

A royal kiss under the mistletoe…

Prince Alexandro Castanovo arrives in snowy New York intent on protecting his royal family from scandal. And when Reese Harding—down-to-earth and heart-stoppingly beautiful—finds room for him at her inn, it seems like the perfect twist of fate.

Not long ago Reese’s world came crumbling down, shaking her foundations. But this enigmatic stranger intrigues her! She’s learned to be wary of secrets…but when she discovers Alex’s true identity, might there be enough magic in the air to make this regular American girl a princess by Christmas…?

At last he’d lost them.

Prince Alexandro Castanavo of the Mirraccino Islands stared out the back window of the cab as it snaked in and out of traffic. He’d never driven in New York City but his concern deepened when they swerved to the berm of the road. While all of the other traffic was at a standstill, they kept rolling along.

When the cab suddenly jerked to the left, Alex’s shoulder thumped into the door. He reached for the armrest and his fingertips dug into the hard plastic. What had he done to deserve the cabbie who thought he was a grand prix driver?

Alex jerked forward as the car screeched to a halt in front of a traffic light. At least the guy obeyed some traffic rules. Another glance out the rear window revealed a bread delivery truck behind them. He breathed a sigh of relief. No one was following them. But then again, how could they? He doubted many people drove as erratically as this cabbie.

Alex reached for his wallet, but before he could grab it, the car lurched forward. He fell back against the seat. What was up with this guy? Didn’t he know that he’d make more money by taking his time?

The man grinned at him in the rearview mirror. “Hurry? Sure. I hurry.”

Alex inwardly groaned. He was about to correct the man when he realized that every time the man spoke, he took his eyes off the roadway. It was best not to distract him if Alex wanted to reach his destination in one piece.

He silently sat in the backseat while the cabbie jockeyed through the streets of Manhattan. Alex stared out the side window as a fine snow began to fall. Cars and people abounded in every direction, seemingly undisturbed by the deteriorating weather. Garlands and festive wreaths adorned the fronts of buildings while pine trees and shiny ornaments decorated the shop windows. Christmas was definitely in the air, even though it was still a few weeks away.

City life would definitely take a bit to get used to. Not that he planned to live it up while in town. Unlike his usual need for high visibility on behalf of the kingdom, this trip required stealth maneuvers, especially since he’d gone against protocol and stolen away without his security detail. Although in his defense, it was a necessity. Trying to elude the paparazzi was tricky enough, but doing it with an entourage would be impossible.

Soon the stores faded away, traffic thinned out and rows of houses dotted each side of the street. One last glance out the rear window assured him they hadn’t been followed. At last, the tension in his neck eased.

When a loud clicking sound filled the car, he noticed they’d turned onto a cobblestone roadway. It was a narrow residential road with no parking on either side.

Alex sat up a little straighter, taking in the sweeping willow trees on either side of the street. This must be the exclusive neighborhood of Willow Heights, aptly named.

The homes in this area sat back off the road. They were older mansions that were well kept and still stunningly beautiful. Being here was like stepping back in time. A wrought-iron signpost came into view. It stood in front of a stone wall and read: The Willows.

Alex glanced up at the stately home with its old-world charm. He wasn’t sure what he was expecting. When the problem at the palace had come to light, there had been no time for detailed planning. He’d moved directly into action. His mission was to draw out this game of cat and mouse with the press—not knowing how much time would be needed to resolve his brother’s latest fiasco.

The driver turned in to the gated driveway. “That is some swanky place. You some rich muckety-muck?”

He wasn’t sure what a muckety-muck was, but it didn’t sound good. “No.”

“When you need a ride. You call. Freddy take you.”

English might be Alex’s second language, but this man made him feel as if it was his first—the broken English combined with a very heavy accent left Alex struggling to understand what the cabbie was trying to say. But one thing he knew was that he wouldn’t be summoning Freddy for another ride—anywhere.

The paved driveway led them to a spacious three-story flagstone mansion. By the looks of it, this place dated back a century or two. The owner certainly had done a fine job keeping up the outside. Ivy grew up one wall and its vines were dusted with snow. It didn’t even come close to the enormity of his family’s palace, but the large, sweeping porch draped with garlands gave the place a warm, homey feel.

The car pulled to a stop and the driver cast him a big, toothy grin. Alex reached for his credit card to pay the fare but paused. On second thought, he grabbed some cash from his wallet. It was best to keep his true identity under wraps for now.

Once he and his luggage were settled on the sidewalk, the cab raced off down the driveway. Alex’s shoulders slumped as the adrenaline wore off and fatigue weighed him down. He stifled the urge to yawn. He’d never been so happy to have his feet on solid, unmoving ground; now he just had to find his room and get some shut-eye before he dropped from exhaustion.

He turned, finding a young woman coming up along the side of the house, lugging a big cardboard box. Her reddish-brown ponytail swayed as she made her way toward him. Her beauty captivated him, from her pink-stained cheeks to her full rosy lips.

Her breath came out in small white puffs in the frigid air. Her forehead creased with lines of exertion from carrying a box that was far too big for her.

Alex sprang into action. “Let me take that for you.”

She looked hesitant but then relented. “It goes on the front porch.”

“Your wish is my command.”

They strolled side-by-side along the walkway. She cast a curious glance his way. “Are you all right? You looked a little shook up when you got out of the cab.”

“You wouldn’t believe the cab ride I had here.” He stopped at the bottom of the steps. “I think the cabbie drove off the road more than he drove on it.”

“I take it you didn’t enjoy your adventure?”

“Not at all. I am very grateful to be here in one piece. Remind me to think twice before I call that cab company again.”

The young lady smiled and he found himself smiling back. This was not good. He knew better than to encourage the attention of women. It only complicated things when they wanted more than he could offer.

He forced his lips into a flat line as he moved onto the porch. The box landed with a thunk. He turned around to find the young woman standing just behind him.

As he dusted off his hands, he took in her white winter jacket with the logo for The Willows stitched in blue thread on the chest. His gaze skimmed downward, catching her snug jeans and the wheat-colored work boots that completed her ensemble. He drew his gaze up from her peekaboo curves. At last his gaze made it to her eyes—her big brown eyes. He wondered if she knew how beautiful she was. The guys must go crazy over her.

“Thank you for the help.” Her gaze strayed to his luggage and back to him. “Can I help you? Are you part of the wedding party?”