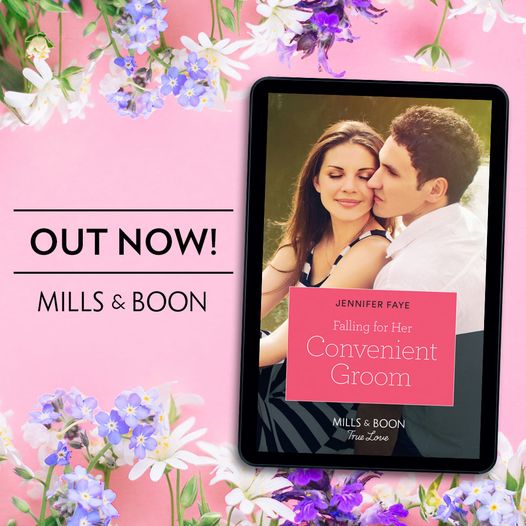 Carla appeases her father by telling him she’s engaged.

Except that she’s not…

A temporary marriage will be to Carla’s and Franco’s benefit. But will their undeniable chemistry keep it strictly for business?

Falling For Her Convenient Groom by Jennifer Faye is out now

Franco swallowed hard. “Does your agreement with your father state that you have to marry me in order for it to be valid?”

“Of course not. My father hates your family.”

He refrained from stating that his grandfather felt the same way about her father. Though he did recall his grandfather’s warning that he couldn’t trust a Falco. So did Carla have something else in mind besides a business arrangement?

“I propose you marry someone else,” he said, though the idea of Carla pledging her heart to someone else didn’t appeal to him—not at all. “And then you’ll be free to do business with my company.”

“I’ve considered the idea.” She hesitated.

When her gaze met his, her eyes were shuttered, blocking him out. “And I can’t trust anyone else to do this.”

“And you think you can trust me? Maybe you should talk to your father about that.” He was certain her father would talk her out of this crazy idea.

She stepped up to him. “I can trust you because I know you’re totally opposed to marriage.”