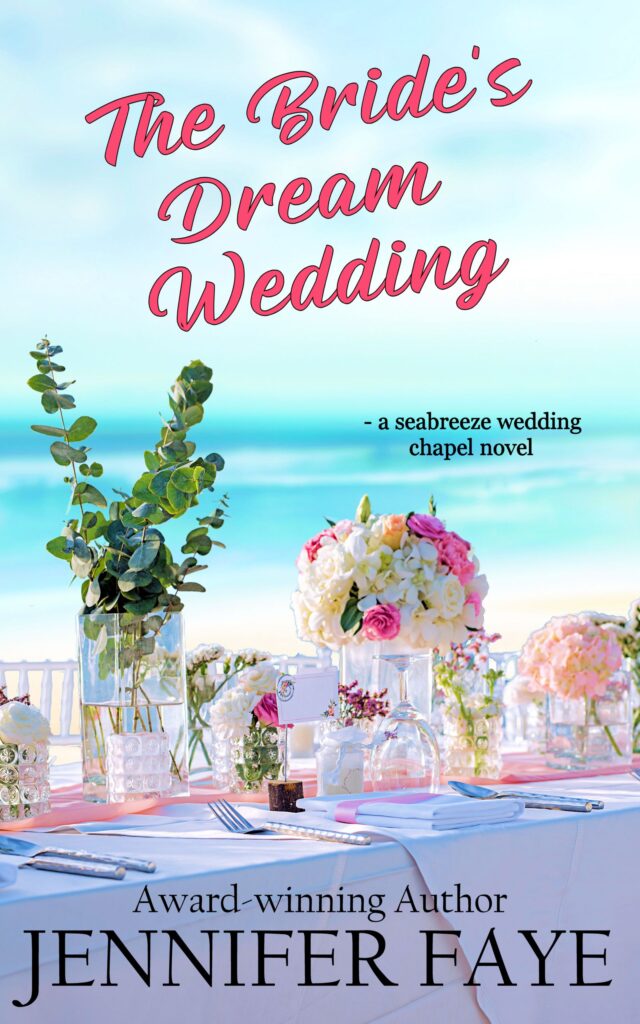 Get Your FREE Book

Get Your FREE Book

Wedding bells are about to ring for a bookshop owner and her dashingly handsome fiancé… Or are they?

In this beach wedding novella, Angela Wilson is set to marry her longtime boyfriend in a well-planned wedding, but you know what they say about best-laid plans. Her perfect wedding goes utterly awry. Carter Whitlock, a rising attorney, tries to calm his upset bride but only escalates the problem. With their future in the balance, the Perky Pink Wedding Planner sends them on an adventure to find their way back to each other…and get those wedding bells to ring. 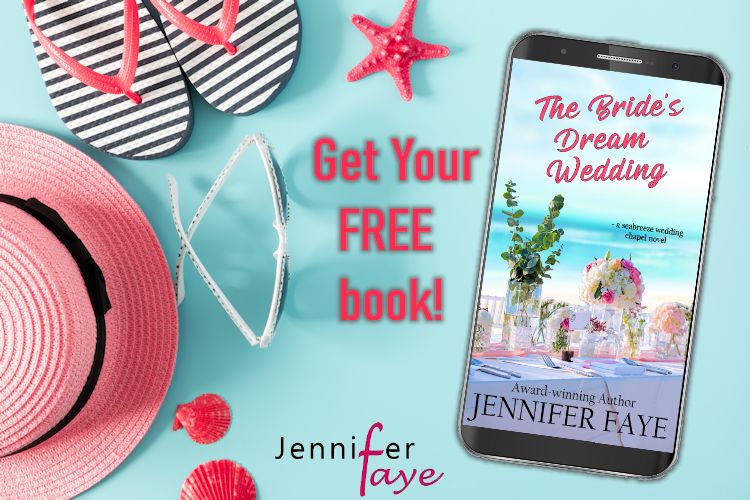 “Meet me for coffee.”

Angela Wilson liked the thought of starting her day with seeing her handsome boyfriend. She pressed the speaker phone button as she searched her closet for a work outfit. And there was the fact that Java ’N Tea was on the way to her new bookshop, A Page @ A Time.

“Carter, we don’t usually meet up on Saturday morning. What’s going on?”

“I’ll tell you when you get there.”

“Okay.” Her mind raced as she tried to figure out what he was up to, but with her being tired from rushing from the bookshop to her mother’s bedside each day, she couldn’t figure out what would necessitate an early morning coffee. She started to worry that it was bad news. “Is something wrong?”

“No.” Carter Whitlock’s answer was quick and firm. “I’ll see you there.”

“Oh. Okay. Give me a couple of minutes to finish getting ready.”

She ended the call. The thought of seeing Carter that morning spurred her to move quickly. Because she’d been working hard to attract customers to the bookshop, and Carter had been putting in long hours at the prestigious law firm of Roberts, Howard and Shipley, their time together was limited. Still, they tried to take advantage of every available moment.

She chose a sleeveless white summer dress with mauve flowers. It was a swing dress with the little pockets that she just loved. She grabbed a three-quarter-sleeve shrug in a slightly darker shade of mauve. It was needed when the wall air conditioner behind the counter kicked on and would blow on her neck.

The final piece of her ensemble was a long gold necklace with a small timepiece for the pendant. Carter had given it to her for Christmas. Finally, with her long brown hair pulled up into a messy bun and a little bit of makeup, she was ready to go. She rushed to the door. With her heels in her bag, she slipped on a comfy pair of white sneakers.

She was lucky that she was able to walk to the bookshop. The fog was light that morning, letting a few rays of sunshine peek through. A light breeze swept by her as she made her way to the top of the hill. It was going to be a good day. She could feel it in her bones.

The street was abuzz with traffic as everyone went about their weekend. She smiled and waved at some of the familiar shopkeepers that she passed most every day. They returned her gesture.

Stopping at Java ’N Tea wasn’t even out of her way. She couldn’t wait to see Carter. Her steps came a bit quicker. She wanted to tell him about the new book she’d just gotten in at the shop. He enjoyed the suspense genre and might want to try this new author.

She turned the corner and was greeted by Carter, standing by the front door of Java ’N Tea. She wondered how long he’d been waiting there. A smile lit up his handsome face and made his warm brown eyes twinkle.

His blondish-brown hair was trimmed short and styled just enough to make him look polished but not overly so. Her heart pitter-pattered just like it did every time she saw him. After two years, she was still crazy about him.

She rushed up to him and planted a brief kiss on his lips. “Good morning.”

“Good morning to you too.” He opened the door for her.

“So what did you want to see me about?”

“Let’s get some coffee first.” He walked with her to the counter, where the smiling barista already knew their order without them having to say a word.

She noticed Carter was quieter than normal. What was up with that? Maybe he was tired. She glanced over at him. He looked wide awake. So that wasn’t it.