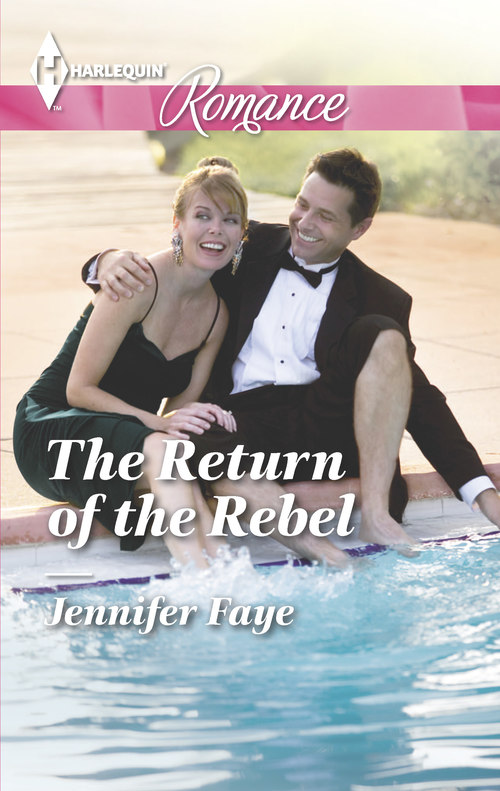 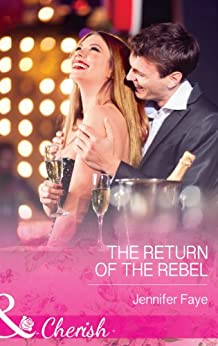 The Return of the Rebel

The guy from the wrong side of the tracks…

Being promoted should be a dream come true, only it means working closely with Cleo’s childhood crush, Jax Monroe. Jax may no longer be the rebel she remembers, but he still gets her heart racing like no other.

Jax cares too much about Cleo to let her get too close—but keeping his distance is proving impossible! As Jax reveals the extent of what he’s been through, will Cleo show him that some things are too precious to put off until tomorrow?

TOP PICK! RT Book Reviews 4.5 Stars ~ “Faye’s romance tugs at the heartstrings and the surprising element of suspense is the perfect addition to make this one fly off the shelves. Readers will be engaged from start to finish as they try to unearth secrets alongside the bold characters.” 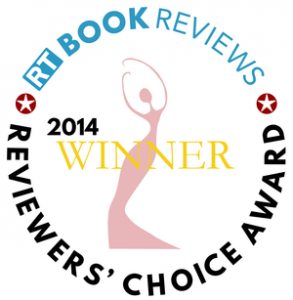 “You won’t regret giving me this opportunity.”

And hopefully neither will I.

Cleo Sinclair kept the worrisome thought to herself as she held her cheery smile in place. With the meeting at last over, she sailed out of the office of the Vice President of Player Development, barely remembering to pull the door closed behind her. Away from Mr. Burns’s cool demeanor and skeptical stare, she rotated her shoulders, easing the tension.

At the end of the hall, the elevator chimed and the door opened, allowing an employee to exit. Cleo stepped up her pace and slipped into the open car. Her pink manicured nail pressed the button for the main floor. Once the doors swished shut, the air whooshed out of her lungs and she leaned against the wall for support.

Step one was done. She had the job, albeit on a trial basis.

Now on to step number two.

She had to prove to the ever-doubting Mr. Burns that she was up to his challenge. She could and would bring in wealthy clientele eager to gamble at one of Las Vegas’s most luxurious establishments, the Glamour Hotel and Casino.

A glance at her image in the polished doors had Cleo adjusting her cheery yellow dress, which dipped a little lower than she’d like. When she’d worked in the accounting department, her attire hadn’t been so important. But now working the front-end of the casino, everything about her appearance mattered. She smoothed her hands over the skirt. It wasn’t the fanciest outfit she’d ever stitched. In fact, she’d worried that she’d made a mistake by choosing to wear it, but with each compliment from her fellow employees, her nervousness had eased…that was until her meeting.

She halted her rambling thoughts and inhaled a deep breath.

It was too late to second-guess herself. The train had left the station. The ship had sailed. Oh heck, it didn’t matter what phrase she used. Her plan was in motion. And she would succeed.

After all, she’d just put her entire future on the line. There was no going back. No changing her mind. If this arrangement didn’t work, she couldn’t stay in Vegas nor would she be able to return home to Wyoming.

The elevator doors silently slid open, revealing lush carpeting leading to the casino area. The soft lighting added to the ambiance while the blinking lights on the slot machines lured guests to try their luck at winning a fortune. Without windows or clocks, minutes stretched into hours. In fact, she had found herself losing track of time on the numerous occasions she’d spent on the floor training for this promotion.

A cheer echoed through the room and she glanced around to see an excited crowd at the craps table. The palpable energy charged the room. Someone must be on a roll of luck. She hoped this would be her lucky day, too.

As of yet, her whale, the big client, hadn’t checked in. The VP himself would be greeting the guest and then he’d phone her when her presence was required. Her boss had gone over the guest’s preferences, including his favorite game—blackjack. Her job was to keep the whale happy by comping his meals and getting him tickets to whatever shows he preferred. But the utmost important thing was to maintain this guest’s privacy, above and beyond their normal discretion. Even she didn’t know his name yet.

With her family’s ranch deep in debt, this was her only chance to chip in and prove to them that she was still a Sinclair. And she was doing what any Sinclair would do—taking a necessary calculated risk and making sure it paid off.

She wanted to be close by, so she headed for the China Cup, a little coffee shop just on the other side of the reception area. Her mouth watered in anticipation of her first sip of a mocha java latte. Her steps came faster and when her blue suede heels hit the marble floor by the front doors, they made a rapid staccato sound.

A line of guests waiting to check in trailed past the sculpted fountain, blocking her passage. She paused, finding the line almost reached the entrance. They must be here for the car convention that opened today. It was the biggest event along the strip. The hotel had sold out months in advance. This would be an ideal time for her to fish for new clients—if only Mr. Burns didn’t have her on such a short leash, insisting she cater to this one whale only.

“Hey buddy,” grouched a man near the front of the line, “how about moving aside?”

“Yeah,” chorused a screechy female voice. “The rest of us have reservations.”

Shouts and complaints rippled through the lushly decorated lobby.

Cleo glanced at the front desk to find one employee on duty. What in the world? There were supposed to be three people helping with check-in, but the only person standing there was Lynn, their newest hire. The girl was so green that she made the grass on the eighteen-hole golf course look dull and grayish. Why would they leave her alone at the front desk, today of all days?

“There has to be a mistake.” Rising frustration laced the voice of the man standing at the counter.

But it was more than the angry tone that drew Cleo’s attention. A note of recognition chimed in the far recesses of her mind. She craned her neck for a better look. Only the back of his short brown hair and his blue-and-white striped collared shirt were visible. She knew that voice, but from where?

She glanced around, hoping to find someone qualified to assist the now flustered desk clerk. When Cleo didn’t see any hotel employees moving in to help, she stepped forward. The least she could do was maintain crowd control until someone showed up to help with registration.

“I am, sir.” Lynn studied the computer monitor. “I can’t locate your name in our system.”

“Then call her boss. Surely there’s someone around here that knows what’s going on.”

While Lynn frantically stabbed at the phone pad trying to reach someone to straighten out things, Cleo stepped up behind the disgruntled man. He didn’t notice her as he leaned both elbows on the counter, peering at the computer monitor. Her gaze slid over his broad shoulders to his tapered waist where his jeans accentuated his finer assets. Realizing what she was doing, she jerked her attention upward.

When the man straightened, he was much taller than she’d anticipated. As he turned to her, she found herself straightening her spine and lifting her chin. His assessing glance sent a shiver of awareness down her arms. She shook off the sensation. Obviously she’d been concentrating on the problems with her family and her job a little too much. It had been years since a man had such an effect on her. Not since…

His cool blue-gray gaze met and held hers. The chatter of excited voices and the jingle of the slot machines faded into the background. Her breath caught as she waited for a sign of recognition. But none came. No smile. No hug. Nothing. What was up with that?

She smiled at him. “Hey, Jax. Still making trouble, I see.”

He made a point of checking out the ID badge pinned to her chest. Was it just her imagination or was he taking longer than necessary to verify her name?

“Jax, it hasn’t been that many years. You’ve got to recognize me.”

Sure she’d changed some, but so had he. His long brown hair had been cut off. Her fingers itched to brush over the super short strands. And his face was now pale instead of the tanned complexion she recalled—back when they spent most of their time outdoors.

But not everything about him had changed. If you knew to look for it, there was still a little scar that threaded along his jaw. She clearly remembered the day he’d gotten it. They’d been fishing at the creek. He’d been goofing off when he’d slipped and fallen on rocks. He’d clambered back upright and laughed at himself until she’d pointed out he was bleeding.

They’d practically grown up together…even if he was five years her senior. Hope Springs, Wyoming was a very small town and it was great seeing someone from home. It’d been so long since she’d been there. And her last visit had been such a nightmare—

Her throat tightened. Could that be the answer? It might explain why he was acting as if he didn’t know her. Even though he’d left Hope Springs years ago, it was possible he kept in contact with someone from there. Her stomach churned. Did he know about what she’d done?