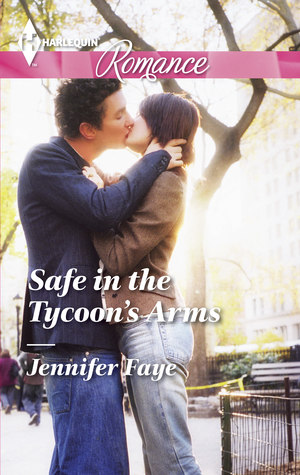 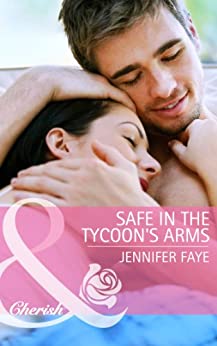 Safe in the Tycoon’s Arms

The man behind the headlines…

When billionaire Lucas Carrington returns to his New York mansion, he never expects to find beautiful stranger Kate Whitley making herself at home. Invited by his aunt to stay, he soon discovers she’s a woman in need. She’s raising funds for her sick daughter, so he agrees to let her stay—temporarily!

Kate may not belong in Lucas’s high-society world, but she sees there is more to this tycoon than the headlines suggest. Yet with so much at stake, can she trust herself and her heart with New York’s most sought-after bachelor? 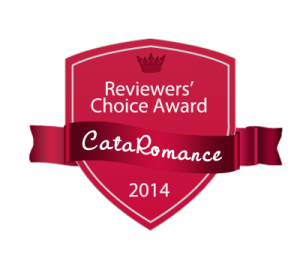 “I loved this book…Expect lots of emotion and characters that care.” Night Owl Reviews

“Oh wow, this is definitely a book that you need Kleenex for. It was a touching, heartwarming read….This was absolutely a wonderful read. I loved this book and highly recommend.” 5 Hearts ~ SSLY (Smile Somebody Loves You) Recommended Read

A deafening crack of thunder rumbled through the darkened house. Kate Whitley pressed a hand to her pounding chest. She’d hated storms since she was a little kid. A brilliant flash of lightning sent shards of light slashing across the hallway while rain pelted the window.

Mother Nature certainly had a wicked sense of humor. Actually, it seemed as though life as a whole was mocking Kate. Absolutely nothing was going according to plan, no matter how hard she fought to put things right.

Her fingers pushed against the cold metallic plate on the swinging hall door. Inside the kitchen, the glare from the overhead light caused her to squint. What in the world was going on? She could have sworn she’d turned everything off before going upstairs. Hadn’t she?

She sighed and shook her head. Her mind must be playing tricks on her. The long nights of tossing and turning instead of sleeping were finally catching up to her. And it couldn’t have happened at a worse time. In a few more hours, she had to be fully alert. There were decisions only she could make—lifesaving decisions.

If only she could get a little shut-eye, she’d be able to think clearly. But first, Mother Nature had to quiet down. No one could rest with all this ruckus.

It didn’t ease her nerves being away from home, even if she was staying in a New York City mansion. This place was nothing like her two-bedroom, ranch-style house in Pennsylvania. Though this oversize house contained some of the most breathtaking architecture, there was some- thing missing—the warmth that made a building more than just a place to hang your coat, the coziness that made it home.

In a big city where she barely knew anyone, she and this house had a couple of things in common—being lonely and forgotten. Somehow it seemed like fate that she’d ended up in this deserted mansion. A warm, loving home had some- how always eluded her, and just when she thought she’d made one of her own, it too was about to be snatched out from under her.

Sadness weighed heavily on her as her bare feet moved silently across the kitchen tiles. The coldness raced up through her pink painted toes to her bare legs and sent goose bumps cascading down her arms. Spring may have brought warmer days, but the nights were still chilly. She rubbed her palms up and down her arms, willing away her discomfort. Perhaps her long T-shirt wasn’t the warmest choice for this soggy night, but with her living out of a suitcase, her choices were quite limited.

She yawned and opened the door of the stainless- steel refrigerator. She hadn’t had any appetite until now. With so much riding on this upcoming meeting, she’d ended up with a stress headache for most of the day. But back here ensconced between these quiet, peaceful walls, the pain had loosened its vicelike grip.

Now she needed something to ease her hunger pangs. Other than a few meager groceries she’d placed in there earlier, the glass shelves were bare. The friend who’d let her stay here free of charge said the owner was out of town and wouldn’t be back anytime soon. From the empty cabinets to the dust-covered bedrooms, Kate deduced no one had lived here in quite a while.

With an apple in hand, she filled a glass of water. She’d just turned off the faucet when she heard faint but distinct footsteps. The hairs on the back of her neck rose. Either this place had some mighty big rats…or she wasn’t alone.

So much for the rat theory.

Her heart lodged in her throat, blocking a terrified scream. Who was this man? And what did he want with her? Her lungs started to burn. Was he a thief, a desperate junkie…or worse?

She struggled to suck air past the enormous lump in her throat. A nervous tremor in her hand caused droplets of water to spill over the rim of the glass. Why had she put herself in such peril by making the rash decision to stay in this deserted house alone? After all, what did she know about her newfound friend? Not much. They’d only met a week ago. The older woman had seemed so nice—so understanding in Kate’s time of need.

She wondered if a scream would carry to any of the neighboring houses on the block. Probably not. This house came from an era when structures were built with thick, sturdy walls. She was on her own.

“You shouldn’t be here.” She fought to keep her voice steady. “This place has a burglar alarm. It won’t be long until the police show up. I haven’t seen your face. You can escape out the back and I won’t tell anyone.”

Not about to let this stranger know how much he frightened her, she placed the glass on the counter, leveled her shoulders and took an unsteady breath. When she went to turn, her feet wouldn’t move. They were stuck to the floor as though weighted down in concrete.

A crescendo of thunder reverberated through her body. The house plunged into darkness. Kate bit down on her bottom lip to keep a frightened gasp bottled up.

Could this really be happening? What had she done to piss off Fate and have it turn on her? Hysterical laughter swelled in her throat. With effort, she choked it down. It wouldn’t help anything for this man to think she was losing it.

Drawing on every bit of courage she could muster, she forced her feet to move. Once fully turned around, she squinted into the dark shadows but could only make out the man’s vague outline. Who was he? What did he want with her?

Then, as though in answer to her prayer, the power blinked back on. When her vision adjusted, she found herself staring at a bare male chest. What in the world? Her wide-eyed gaze dropped farther past his trim waist but screeched to a halt upon the discovery of this stranger’s only article of clothing—navy boxer shorts.

This night was definitely getting stranger by the second.

She couldn’t resist a second glance at her sexy intruder. He definitely wasn’t a kid, having filled out in all the right places. She’d only ever seen defined muscles like his in the glossy pages of magazines, and this guy would qualify with his washboard abs. He must be around her age, maybe a little older.

When her gaze rose up over his six feet plus of sexiness, she met a hard glint in his blue-gray eyes. He obviously wasn’t any happier about discovering her than she was of stumbling across him.