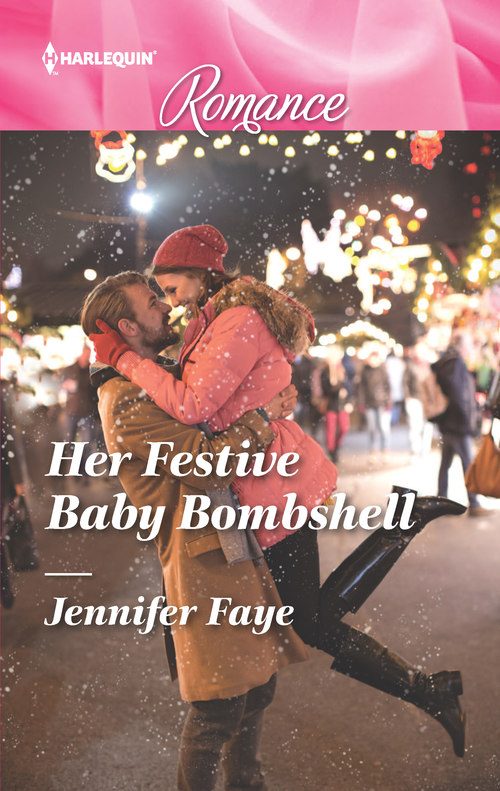 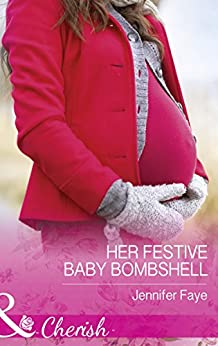 Since their spontaneous and magical night together, Holly Abrams has avoided her boss, CEO Finn Lockwood. Neither of these two damaged hearts was looking for a relationship—least of all with a colleague!

When they’re thrown together on a charity project aboard Finn’s luxury yacht, the tension between them skyrockets. When Holly starts to feel unwell, she puts it down to seasickness, until the doctor confirms that Holly and Finn can expect two unplanned gifts this Christmas—Holly is pregnant with twins…! 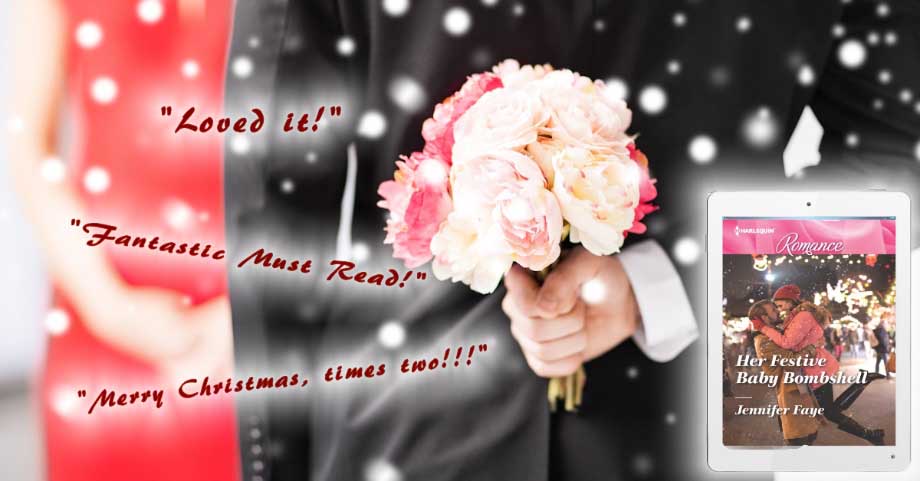 “It captured my interest immediately and kept me entertained until the very last page. After reading this story I was filled with the holiday spirit.” Long and Short Reviews

“What are you doing here?” a rich, deep voice called out from the shadows of the executive suite.

Holly Abrams froze. The breath caught in her throat. The pounding of her heart echoed in her ears. She searched the darkness for the mysterious man.

And then he stepped into the light. She immediately recognized him. It was the CEO of Lockwood International, Finn Lockwood. The air whooshed from her lungs.

This wasn’t the first time their paths had crossed, but they weren’t by any stretch of the imagination what you would consider friends. And he didn’t sound the least bit happy to see her, but then again, why should he?

When her gaze met his, her palms grew damp. “Hi.” Why did her voice have to be so soft—so seductive? She swallowed hard.

“Isn’t it a bit late for you to be working?”

Overtime was nothing new to Holly. After a failed engagement, she’d sworn off men and instead focused all of her energy on her career. When she was working, she felt confident and driven.

“I…uh, have these papers for you.” She held out the large manila envelope to him. “I was told you wanted this contract right away.” When he went to retrieve the envelope, their fingers brushed. A jolt of awareness arched between them. The sensation zinged up her arm and settled in her chest.

“Thank you.” As the seconds ticked by, he asked, “Is there something else you need?”

Need? Her gaze dipped to his lips—his very kissable lips. She remembered their last meeting in the elevator. They’d been alone when she’d dropped a slip of paper. They’d simultaneously bent over to retrieve it, bringing their faces so close. When they’d straightened, he’d stared at her as though seeing her as a woman instead of as a paralegal in Lockwood’s legal department. She knew when a man was interested in her, but when the elevator dinged and the doors slid open, the moment had passed. It had left her wondering if it’d been a product of wishful thinking on her part.

And now, before she made a further fool of herself, she needed to make a speedy exit. “I’ll just let you deal with that.” She turned to retrace her footsteps back to the elevator when she remembered her manners. She glanced over her shoulder. “Good night.”

With her back to him, she inwardly groaned. Her gaze moved to the elevator at the end of the hallway. Her escape was so close and yet so far away. Suppressing a resigned sigh, she turned.

“Come with me.” Without waiting for her response, he strode into his office.

What in the world did he want with her? Her black peep-toe platform pumps echoed as she crossed the marble floor. She couldn’t tell which was louder, the click-click of her heels or the thump-thump of her heart. Most people didn’t make her nervous, but Mr. Lockwood was the exception.

When Holly entered the spacious office, she had to admit she was awed. While he read over the document, she took in her surroundings. Behind Mr. Lockwood’s desk stood a wall of windows. Being so high up, it provided the most amazing view of Manhattan. She longed to rush over and stare out at the bustling city, but she didn’t dare.

The sound of a desk drawer opening distracted her. Mr. Lockwood appeared to be searching for something. While he was preoccupied, she continued her visual tour of his office. It reminded her of a museum with its impressive sculptures as well as a baseball collection ensconced in glass cases. But the bookcases spanning an entire wall were what drew her in.

She struggled not to gape at the large collection of books. He liked to read. They had that in common. She wanted to slip across the room and examine the titles, but when she glanced over at Mr. Lockwood, he pointed to one of the two chairs in front of his desk. Without a word, she complied.

“What do you think of the office?”

“It’s very nice.” Holly indicated the floor-to-ceiling bookcases. “Have you read them all?”

“I have. And what about you? Do you like to read?”

“Oh, yes.” She laced her fingers together to keep from fidgeting with the hem of her skirt. “I read every chance I get.”

“Is that why you’re not downstairs at the company’s fiftieth anniversary celebration? Would you prefer to be at home reading?”

Was this some sort of test? She hesitated. Was there a right and a wrong answer? Her clasped hands tightened as his gaze probed her. Could he tell how nervous his presence made her?

“I missed the party because I needed to finish the contract.” She indicated the document on his desk. “I was just going to leave it for you before I headed home.” She wasn’t the only one not attending the party. What was his excuse for skipping his own celebration? “I figured you’d be at the party.”

“I already made a brief appearance. No one will let their guard down around the boss so I made a quick exit, letting everyone get back to having a good time.”

She could totally understand people being nervous around him. He was an intense man, who insisted on only the best from his employees. “That can’t be much fun for you.”

She looked at him in a new light, realizing for the first time that the privilege of working up here in this ivory tower was also a sentence of isolation. “It doesn’t seem right that you’re working instead of celebrating your family’s accomplishments.”

He shook his head. “This is the way it must be.”

Well, now, that was an odd comment. It was on the tip of her tongue to question him about it, but she thought better of it. She had a feeling his pleasantness had its limitations.

Quietness settled over the room as Mr. Lockwood scanned the twenty-one-page document. Holly struggled to sit still—waiting and wondering why he wanted her to remain there. Her index finger repeatedly smoothed over the chipped nail polish on her thumb.

There was something about this man that turned her into a mass of jittery nerves. But what? It wasn’t his billions or his power. It was something more intrinsic, but she couldn’t quite put her finger on it.

“This exhibit isn’t right.” He gestured to a page in the contract. “Do you have your source material?”

“Not on me. But I double-checked everything.” In actuality, she’d quadruple-checked the figures, but she didn’t want to sound like she’d been trying too hard to impress him.

His brows drew together into a formidable line. “You had to have made a mistake. This doesn’t make sense.”

“Prove it.” The words slipped past her lips before she could stop them.

Mr. Lockwood’s eyes widened as though unaccustomed to being challenged. She continued to hold his gaze. She wasn’t going to back down— not when the one thing she greatly valued was in question—her reputation.