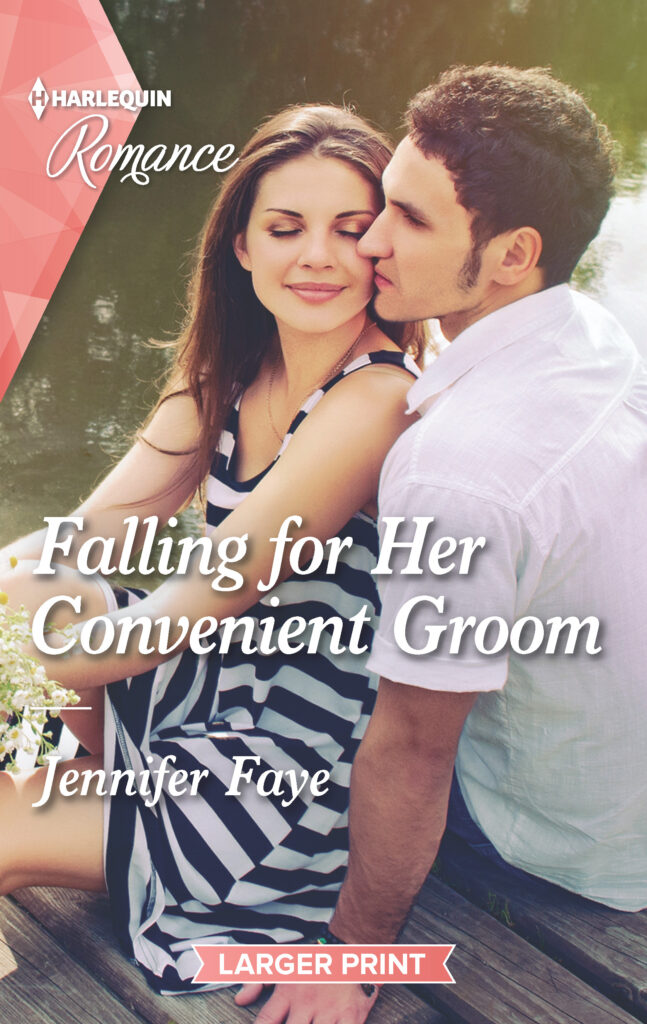 Falling For Her Convenient Groom

Will their business deal…
…give them more than they bargained for?

To appease her overbearing father, Carla told him that she’s engaged. She doesn’t, however, have a fiancé…yet! That’s where Franco comes in—if they marry temporarily, she’ll ensure that both of their companies will mutually benefit. Since neither wants a relationship, saying “I do” is strictly for business. But with their undeniable chemistry, can they keep it that way? 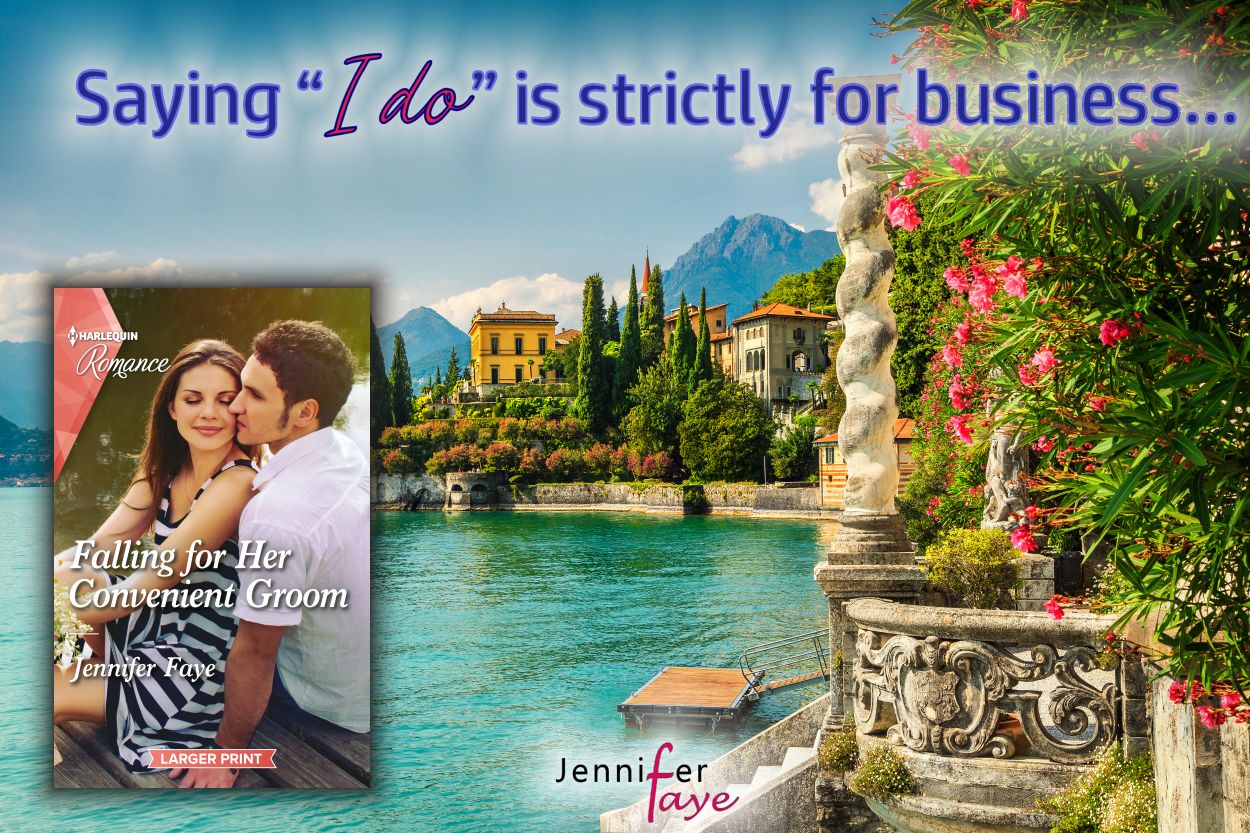 “An overall sweet and entertaining story to escape in. Readers will enjoy these characters and the sparks that fly in this sweet modern take on the marriage-of-convenience trope.”
~ Wishful Endings

“Do yourself a favor and read this book.  No high drama but just a good time is had by all.  I love Ms. Faye and I can’t wait to read what she has next.”
~ Harlie’s Books

Seated in a little out-of-the-way café on the outskirts of Verona, Franco Marchello wordlessly opened his mouth. He immediately forgot what he’d been about to say. Surely he hadn’t heard correctly. Because there was absolutely no way Carla Falco had proposed to him.

Still, he’d seen her glossy red lips move. The words she’d spoken, he must have gotten them mixed up. That was it. His mind raced to come up with an alternative: Carry me? Bury me? None of the alternatives made a bit of sense.

Franco swallowed hard. “Excuse me, what did you say?”

Carla didn’t smile. In fact, she looked quite serious, the way he imagined seeing her at the head of the table in a boardroom. “I asked you to marry me.”

That’s what he thought she’d said. And yet he had no idea why she’d propose to him.

Sure, they might have had a good time at his brother’s wedding two weeks ago at Lake Como. She had been the maid of honor and he’d been the best man, but that had been one evening of laughter and dancing. Maybe he hadn’t wanted the evening to end so soon, but Carla had avoided his attempts to turn the evening into something more intimate. So what had changed her mind?

The following week, he’d invited her to dinner. She’d been hesitant until he assured her that it would be a proper business dinner. After all, she’d rebuffed him once. He wasn’t about to subject himself to being rejected twice—no matter how beautiful he found her or how her glossy lips tempted him. He made it abundantly clear that the only thing on his mind was a mutually beneficial business arrangement.

Even though it’d been dinner for two, as promised, he’d kept it all aboveboard. He’d pitched her the reason she should consider putting Marchello Spices back in all her family’s restaurants. She’d told him she didn’t have the authority to make it happen. Her father was still controlling every aspect of the company. But she had been curious enough to agree to review the projections. He knew if she saw the same potential that he’d seen in those numbers, she wouldn’t be able to ignore them. At last, he had an in with her father, who’d refused numerous times to meet with him—all because of an old grudge between him and Franco’s grandfather.

And that’s where things had ended—on the sidewalk outside the café. Had there been something in his drink that evening? Had he blacked out and totally forgotten about some torrid romantic night together—anything to explain this most unexpected proposal?

Because he didn’t do marriage—no way. He was a Marchello. Marchellos were notoriously bad at marriage. At least his parents had been.

But then again, his younger brother had just gotten married. That was what had initially led Franco directly into Carla’s orbit. And they’d been running into each other ever since. Now it seemed as though the entire world had completely and utterly rotated off its axis.

He struggled to swallow. His brain raced to find the right words. “Why do you want to get married?”

He purposely failed to include himself in that question. Maybe she just wanted to get married to anyone and he just happened to be standing in the wrong place at the wrong time.

She glanced away. “Perhaps I jumped a bit ahead.”

“You think?” When his words caused her to frown, he quieted down. Now that the shock had worn off a bit, he was anxious to hear what this was all about.

She toyed with the spoon resting on the saucer next to her teacup. “My father isn’t well.”

“I heard about his heart attack the night of my brother’s wedding. How’s he doing?”

“The doctors have warned him that if he doesn’t slow down and watch his diet, the prognosis isn’t good.”

“I’m sorry to hear that.” Now he understood the impromptu proposal. “And you want to get married to make him happy, in case something happens?”

“No. I want to get married so nothing happens to him.”

He had absolutely no idea what any of this had to do with him. As far as he knew, her father hated not just him but his whole family. “But surely you have a boyfriend to marry.”

“If I did, do you really think I’d propose to you?”

Okay, so he was still missing something. “Our families hate each other.” He shook his head. “This is a very bad idea.”