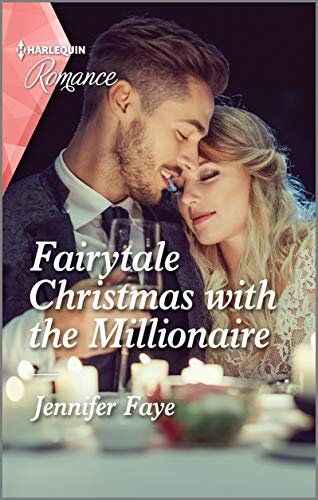 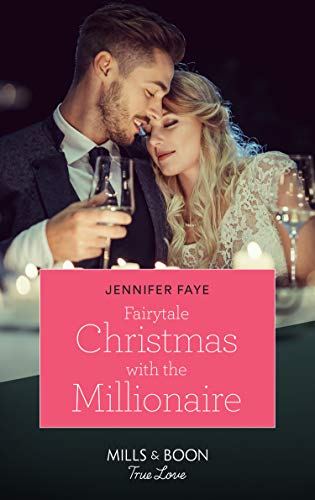 Fairytale Christmas with the Millionaire 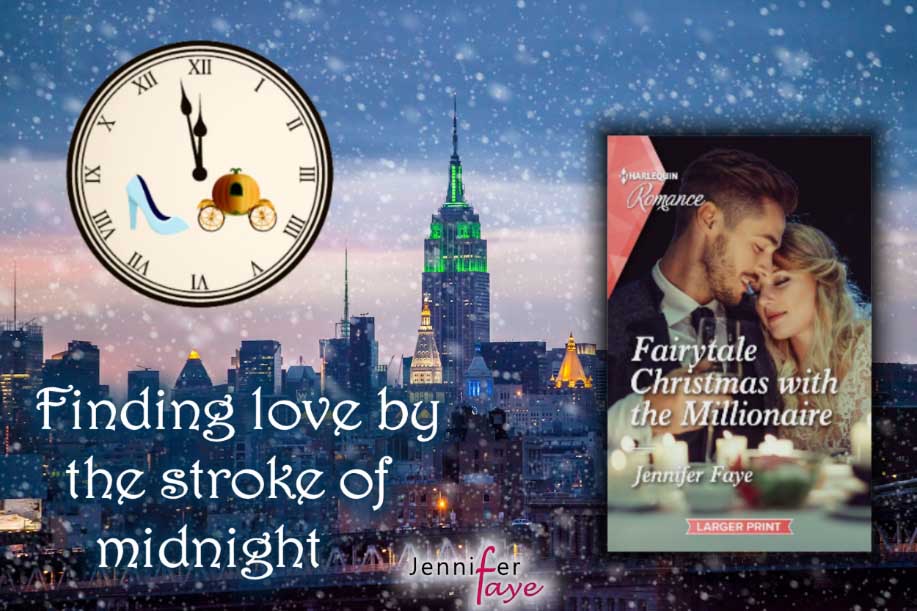 “Fairytale Christmas with the Millionaire fills so many boxes. It contains a fabulous fairytale feel (say that three times fast!) a wonderful Cinderella retelling, and a setting during the most wonderful time of the year–Christmas! . . . I love everything Christmas and fully enjoyed this sweet, romantic, opposites attract Christmas story.” Cover Lover Book Review

“This story is a fast easy to read stress reducer. Filled with charm, humor and warmth, Fairytale Christmas with The Millionaire reads like a lovely fairytale should, romance and conflict included. The characters are likeable and engaging, plus they show growth throughout the story.” Books and Zebras

Also in Once Upon A Fairytale series:

CHRISTMAS WAS IN the air…

Cheerful holiday tunes played on the radio. The Manhattan storefronts were trimmed in shiny tinsel and twinkle lights. And right here on Holly Lane, the Stirling Apartments’ foyer was decked out with lush garland and a pencil Christmas tree adorned with white lights and red satin balls.

This was hands down Alina Martin’s favorite time of the year. She loved to sing the uplifting carols, all the while pretending she could carry a tune. She loved to decorate the tree. And she loved how the holiday season brought out the best in people. However, this year she was hoping for a Christmas miracle to keep her from losing her beloved home.

But at the moment, her immediate attention was focused on finding her apron. Mentally she recounted her actions the prior evening. The day hadn’t been much out of the ordinary. She’d worked the morning shift at the restaurant tending to the party planning as well as helping out in the dining room before rushing home to do her second job as building manager. Even with a rent-controlled apartment, it wasn’t cheap living in New York City. And yet there was nowhere else in the world she’d rather live.

She glanced down to find her ginger cat, who she’d affectionately named Prince. They’d first met at a local park. She’d been out for a walk, trying to achieve her ten thousand steps a day, when she’d stopped at a local animal rescue adopt-a-thon. Long story short, Prince picked her out and the rest was history.

When Prince rubbed against her leg, she said, “Begging won’t work. You already had breakfast.”

Sometimes it was like he could truly understand what she said, “Sorry, sweetie, I can’t hold you, either. I have to leave.”

He strode away, probably headed back to bed. She wished she could join him.

Alina turned her focus back to her missing apron. She rushed over to the dryer, where she found it at the back of the machine. It was a bit wrinkled. She shook it out with a couple of quick snaps. Good enough.

She rolled up her apron and then stuffed it in her oversize purse. She threw on her red winter coat, a knit cap and her boots. Out the door she went. Noticing the elevator was at the top floor, she opted for the stairs instead. Hers wasn’t a large building, not by New York City standards. But within its five floors, it housed the people she liked to refer to as her adopted family.

She exited the stairwell and rushed up the hallway. Meg, her best friend, stood in the lobby near the mailboxes. Her curly red hair was pulled back in a ponytail. However, instead of her usual sunny smile, she wore a distinct frown. Meg held up a letter. “Have you seen this?”

The worry in her friend’s warm brown eyes drew Alina’s concern. “What is it?”

“It’s another letter about them throwing us out.”

“What?” Alina rushed over to her mailbox. In her rush, she fumbled with her keys. They fell to the tile floor with a loud jangle.

With a groan of frustration, she bent over to retrieve the keys. Once the little door was open, she withdrew her copy of the letter. Her gaze scanned down over it. The new owner was willing to pay them extra to move out by the new year. That wasn’t going to happen.

With her back to the front door, Alina faced her friend. “Don’t worry. There’s nothing Toliver can do to rush things. He has to wait ninety days before he can begin eviction proceedings.”

“But that’s in February. Even that’s not much time to find a new place to live.”

One of their youngest and newest residents, Jimmy Greene, came rushing past them. He gave a quick nod in greeting but kept going. He must have another interview lined up at a software company. He’d inherited his grandmother’s rent-controlled apartment and was now struggling to find a job in the competitive market of online video gaming.

The door creaked open and closed behind him, letting the cold winter air rush in around them. It also reminded Alina that she had to get a move on.

“We’ll figure something out,” Alina said, hoping her voice sounded encouraging. “Even if I have to go back to that awful man’s office building and stage another protest in the foyer until he agrees to meet with me. From what I’ve read, he inherited his position and he doesn’t know what he’s doing. Well, that’s obvious.” She held up her copy of the letter as proof. “This isn’t going to change Stirling residents’ minds about moving. I’ve got to get to work. We’ll talk later.”

“I’ve got to get going, too. Remember, I have that weeklong seminar in LA. And then I’m spending the next couple of weeks in Wyoming with my parents. But I can cancel—the family visit, not the seminar—if you need me.”

“No. Go. Enjoy yourself. You haven’t seen your family in a year. I’ve got this.”

Alina spun around and immediately bumped into a solid force. She lifted her gaze, finding a tall man standing there. It was his brown eyes that immediately caught her attention. They were dark and mysterious. And she found herself drawn in by them.

The more she stared, the more she noticed a glint of irritation. Well, it wasn’t her fault he was standing in the middle of the foyer.

“Sorry,” she mumbled. And then she rushed right past him.

She’d have to run if she was to catch her train. She set off as quickly as she dared in the wet snow. As she kept moving, her thoughts returned to the mystery man in the lobby. Who was he? And what was he doing in her building? Well, it wasn’t her building but it was starting to feel that way because not only was she the building manager but she had also been unofficially elected to lead the charge to save the Stirling from being torn down and replaced by a flashy high-rise.

Though she didn’t relish the idea, perhaps it was time she made another visit to Mr. Toliver’s office. She’d been turned away before for not having an appointment. The problem was that every time she’d tried to set up an appointment, he was either away on business or unavailable for the foreseeable future. She was pretty certain they’d been delay tactics and he’d been in his office the whole time.

And when she’d staged a peaceful protest with other Stirling residents, hoping Mr. Toliver would no longer be able to ignore them, the police had been called. Her blood boiled every time she thought of that man avoiding her—avoiding the truth about the damage he was doing to people’s lives. The next time she wouldn’t be chased away so easily.