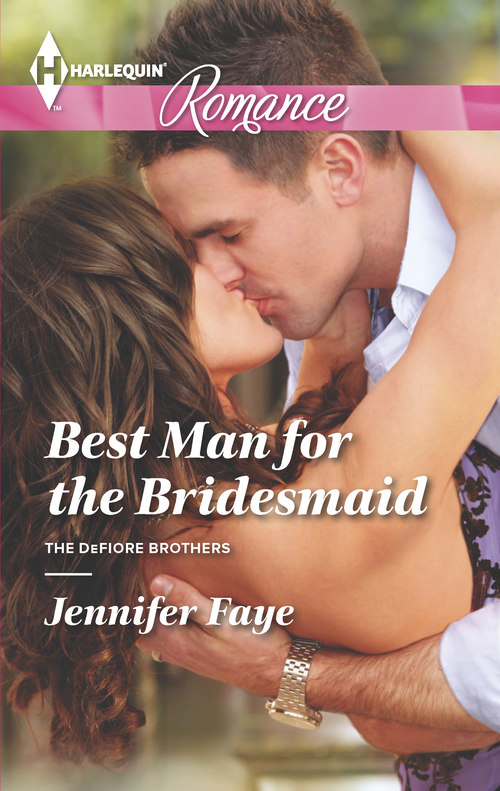 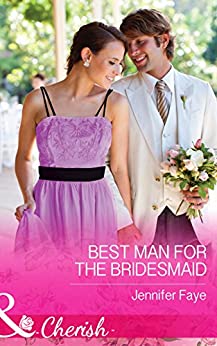 Best Man for the Bridesmaid

Planning her sister’s Italian wedding only reminds Jules Lane of how far away she is from finding her own true love. And worse, she’s doing it alongside the brooding, mouthwateringly handsome best man, Stefano DeFiore.

Having seen the destructive power of love, Stefano has no time for weddings—but Jules’s smile is captivating. Making her feel like the most beautiful woman in the world is one thing, but can he give this blushing bridesmaid a happily-ever-after of her own? 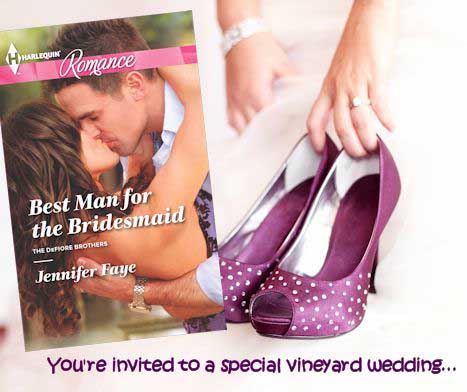 Also in The DeFiore Brothers series:

Her steps grew quicker as she made her way past the other departing passengers. At last she was in Rome. Rome, Italy, to be exact. She continued to grin and resisted the urge to pinch herself just to make sure this wasn’t a dream.

On the other hand, this wasn’t exactly a vacation. She was here for an important job—to help plan her foster sister’s wedding. This wouldn’t be Jules’s first time down the aisle. She’d been a bridesmaid more times than she could count on one hand.

However, this time around she had the privilege of being the maid of honor. It was a role she eagerly anticipated. She liked to take charge— to provide order to chaos. She wasn’t a closet romantic. She didn’t dream about finding Prince Charming. She didn’t fantasize about her “big day.” But she did have a thing for pretty dresses and cake—cake was definitely her weakness.

Actually now that she thought about it, Lizzie, her foster sister, hadn’t been into romance, either… at least not until she’d flown here three months ago for a television show—a reality segment about cooking. Cupid sure seemed to have hit the mark with Lizzie and Dante.

For most of Jules’s life, Lizzie had been the keeper of her secrets, her protector and her only family. Jules loved her with all her heart. But that security came with a steep price tag for both of them—learning at an early age that they only had each other to lean on.

Now it was time for a change—if only Jules could find a way to tell Lizzie her news.

Jules sighed as she made her way through the Leonardo da Vinci terminal. She’d find the right time. She just had to have patience.

The strap of her carry-on dug into her shoulder, and she struggled to adjust it. The black-and-white cloth bag was weighted down with a wedding planner, a big bag of sour candies and plenty of bridal magazines with dog-eared pages and sticky notes. She had everything necessary to plan the perfect wedding—except for one very important but necessary ingredient: caffeine. But no worries—Lizzie had been raving about the delicious coffee Rome had to offer.

Considering no details about the wedding had been tacked down, there would be long conversations over this now-infamous coffee. First, they had to nail down a wedding date. Jules was thinking a spring wedding next year. It’d be perfect as Lizzie had mentioned something about an Italian vineyard as the backdrop. Talk about some amazing photos.

This wedding-planning stuff shouldn’t be too hard. After all, Jules had most of it memorized by this point. Now she’d be able to put all of that knowledge to good use.

Boisterous voices filled the terminal as friends greeted each other. An American family called frantically for their son, who stood ten steps away checking out the cell phones that a beautiful woman with long dark hair and a brilliant smile was eager to show the teenager. Jules took it all in as she strode through the congested concourse, following the signs to the baggage claim.

She couldn’t wait to see Lizzie. It felt like an eternity since they’d seen each other. And she was looking forward to meeting her future brother-inlaw, Dante. Lizzie swore the photos she’d emailed didn’t do him justice. That was hard to believe since Jules had found him quite handsome.

She walked over to the luggage carousel, hoping her suitcase had made the journey and hadn’t been lost along the way. All the while, she kept glancing around for Lizzie. Where could she be? It wasn’t like her to be late.

Jules’s gaze strayed across to a tall dark-haired man at the other end of the luggage return area. He spoke to a pretty young woman, who shook her head and turned away. And then he moved on to the next young woman. What was that all about?

Jules shrugged and turned away. She pulled the phone from her pocket, hoping a message from Lizzie would pop up, but instead a dead battery symbol flashed on the screen and then everything went black. Jules sighed. This couldn’t be happening to her while she was all alone in a foreign country. She’d charged it before she left New York, hadn’t she?

“Scusi. Are you Ms. Lane?” A deep male voice immediately drew her attention.

She turned to find the same dark-haired man speaking to a woman a couple of people down from her. Was he looking for her? How did he know her name?

When the blonde woman wearing a pastel flowered dress shook her head, he moved on. He skipped over an older woman, not even bothering to ask her. And then his gaze skimmed over Jules’s pigtails, long-sleeved black top, purple-and-black plaid miniskirt and knee-high platform black boots. His facial expression remained neutral, but he didn’t say a word to her as he moved on down the line.