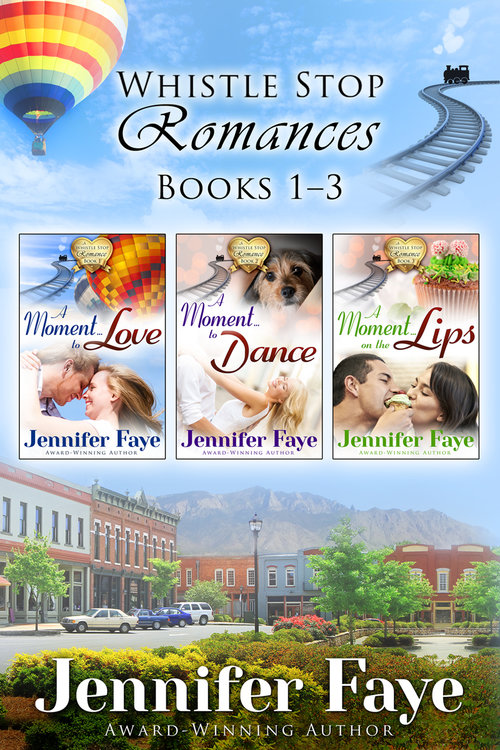 Readers of the Whistle Stop series are saying, “I love this series. These books are keepers.” and “you hate to see it end.”

A MOMENT TO LOVE

The notorious cowboy meets his match…

Cord Lawson instantly distrusted the young woman in a smart suit who’d just arrived in Whistle Stop. She was very pretty and clearly a city girl–but with memories of his failed marriage still darkening his mind, he’s determined to steer clear! But she’s sniffing around his land–land that has been in his family for generations. There was no way he’d let it go–even if the bank was threatening to foreclose, and even if selling could give Whistle Stop a new lease on life.

Alexis Greer had one mission–close the deal on the Lawson ranch; without it, her father’s land development company would go bankrupt. But the word around town is to keep clear of Cord and to stay away from his precious land. What had happened to cause such a handsome cowboy to live such a solitary existence? However, determination was Lexi’s middle name. She just had to keep on trying to breach Cord’s barriers, to appeal somehow to his head and heart–even if it put her in danger of losing both of hers…to him.

A MOMENT TO DANCE

When trouble strikes…Whistle Stop pulls together

For Ella Morgan, moving to Whistle Stop is a chance to start over, put her horrific past behind her. But now she’s living in a mountain cabin–in dire need of renovation–that her grandmother left her, along with a sizable tax bill. Her job teaching school isn’t going to cover it. She needs cash, and soon.

Volunteer firefighter Tony Granger has returned to Whistle Stop to run the family ranch and be guardian to his orphaned nephew, Johnny. But being a single parent isn’t coming easy, and he’s worried sick he won’t succeed with his plan to adopt the boy, especially if Johnny’s grades don’t improve. He needs a break, and fast.

When Ella finds out Tony doesn’t have a partner for the Dancing With the Firefighters’ benefit–which is offering a large cash prize–and he hits upon hiring her as Johnny’s tutor, it looks like their problems might be solved. But taking dance lessons to win the competition sets alight a burning attraction between them. Can they let go and learn to trust again, or will the scars of their pasts still haunt them?

A MOMENT ON THE LIPS

Piper Noble feels like she’s going places. Her business, the Poppin’ Fresh Bakery, is a culinary success story. Next on her to-do list is expanding the bakery into the vacant shop next door…and starting a new diet, like her mom keeps nagging her to. But when Joe Montoya steps into her life, her grand plans grind to a sudden halt.

Joe’s taken a big risk returning to Whistle Stop. But with his disastrous marriage over, it’s time for a fresh start, including opening a coffee shop…and coming to terms with his troubled past. Though his neighbor Piper looks like she’ll be a big distraction in getting Fill-It-Up Joe off the ground–with her honeyed smile, curvy goodness, and her unflagging determination to grab his storefront.

However, when Piper and Joe are elected as co-chairs of a fundraising committee to help the town’s revitalization project, the hostilities must cease. Joe’s not sure about spending time with a woman who, one moment, reminds him of all the good things he’s been missing, and the next minute drives him up a wall with her stubbornness. 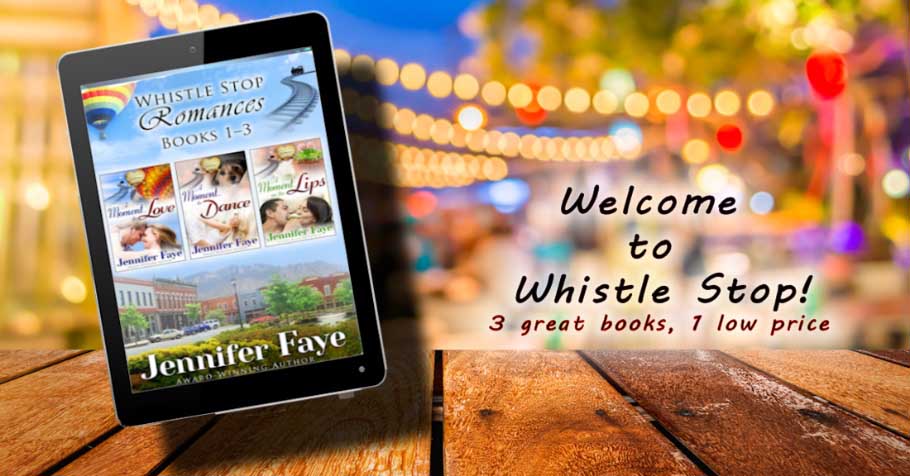